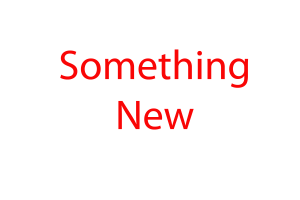 Everything I Never Told You, by Celeste Ng, is remarkable because the author reveals a word of warning to those of us who hide what is important to us. At the outset, Ng notifies us of the consequence of our human tendency to please, to care, to be a caretaker of other people’s happiness rather than to be fearless to live in the face of life’s inevitable losses.

Ng does it with just three words, “Lydia is dead.” This is the consequence.

It is a forewarning followed by a general reference of those this happens to. “But they don’t know this yet.” Ng’s ability to use the word they rather than the family, her friends, her neighbors keeps us including those we encounter in the novel up to and including Lydia herself. Lydia doesn’t know this inevitable outcome until it is too late. But the reader does.

It is too late for Lydia to live out her life. Her young, frightened self is unable to unsaddle the burden of her all too common promise to her mother. She believes and vows to manipulate her child self to the wishes of her mother. It isn’t until she is an adolescent that the promise is seen for what it is. Suffocating, manipulating and manipulative.

Everything I Never Told You takes into account every member of Lydia’s family and others. There is Jack, who in his own renaissance as a young gay teen and despite his reputation with girls confesses his love for Lydia’s brother. Each character lives with everything they never tell one another and to some degree the inevitable consequences of hiding the truth as they know it.

In the end, there are wounds, piles of them that require significant amounts of recovery time leaving most if not all of the characters scarred and wounded for life. It seems Ng offers a strong word of advice to those who stumble upon her book.

Don’t fall prey to the conventions in the material world, if you do you will suffer the consequences.

Reveal yourself or die. You can’t make anyone else happy, that’s just not your job. In Zen, your job is to find your true nature or die. If you are so lucky, everyone benefits.