The Ox by Fashi Lao Yue 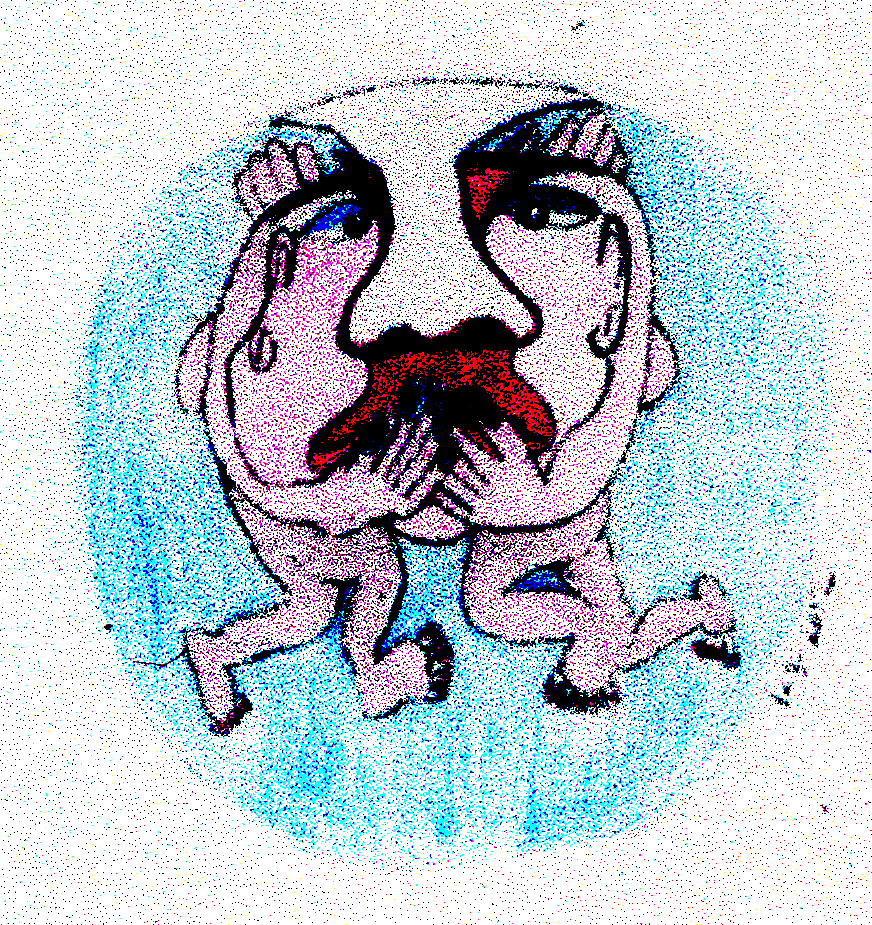 In the first yoga sutra of Patanjali we find a necessary instruction for the spiritual aspirant. It is simple and clear.

This is the beginning of instruction in yoga. Patanjali

That’s how it starts. And what is this beginning of yoga, it is to learn and practice a spiritual method to unite with the Godhead. And what is the description of the Godhead? It is the Reality that is in all things. In Christianity it is the mystic union. There are many, many takes on this instruction, but the basic teaching is to yoke or hook up our life every day in every moment to the Reality (the Source) of all things.

Unfortunately, this teaching is often taken to mean we hook up with the apparent world, the transitory, impermanent stuff of things in the hope of gaining a happy life. We mistake some thing as the aim rather than the True Source and Godhead of all things. Many years ago I was lucky enough to attend an ox parade in New England. There were teams of oxen yoked at the head. Each team had a trainer with a very small and narrow whip. For the most part, the trainer did not need to use the whip with the teams of oxen as they paraded around the track in an open field. When the trainer sensed his team wandering, he merely raised the whip in the air where the oxen could see it. These beautiful beasts were well-trained.

The training for the oxen requires the same virtues we need to hook up with the Godhead. The ox is a hard-nosed, strong powerful worker. Investigation, attention, willingness and effort are cultivations in training the Ox within. It requires patience and dedication to train the hard-nosed, strong, powerful workings of the Ox. These are the same cultivations for those who want to begin to train the mind to unite with the Godhead.

The very first instruction, however, also means to recognize what the aim of practice is. It is the instruction to unite with the Godhead, not to improve the self. The self that is concerned with what will I do, how will I look, what will I say, what can I get, will I like it, what will I wear, where will I live must be dropped. Each one of these concerns is a worry and a worry is a fear which is rooted in the poison of hate. These concerns are the voice of the self and suggest that the self is not interested in hooking up with the Godhead but hooking up with the things of the world. BUT….it is not to condemn the self as bad or good, or less bad now and getting better. No, that is not it. It is to train and practice with everyday entanglements by ascribing and returning to the aim of being hooked to the Source. When worry (fear) arises it suggests a need for training. That’s all. The training is to disclaim the self and to begin to recognize the Source of all things is not coming from the ego, but the underlying, ever-present, Reality of the Godhead.

Just as we are on borrowed time, we are living on borrowed creation. It may seem like an obvious reality, but it may be we have forgotten that we are not the Source of all things. Knowing that what we know is not of our making but an illumination of knowledge beyond our genetic codes and inherited past. In ordinary words, it means we do not claim credit or claim blame. We train the mind to be yoked to the Source over and over again.

The training is, at times, paradoxical. Just as one ox takes the training easily another ox may need more or less of something in order to take on the heavy wooden crosspiece. There are basic instructions which need to be consistent and constant but adjusted to the ox in hand. It requires strong determination and confidence in the training. These qualities are necessary because we tend to believe we have a choice in the matter. And to some extent we do. We can decide to live according to the ego which is often equated to a stampeding elephant or a wild monkey. Yes. We can let it all of our ego hang out. Or if we are lucky enough to get a glimpse of the Source, we can choose to find a spiritual practice that we have confidence in.

Ultimately, whichever choice is made, the consequences of the choice follow the law of cause and effect which means that the choice for the ego is not really a choice for freedom from suffering but freedom to be met with the consequences of the choice. It is true for the spiritual seeker as well. The spiritual choice also follows the law of cause and effect which is often misunderstood to be an ideal in the seeker’s mind rather than the Reality that underlies all things. The ideal is usually a conjured image of something the spiritual seeker imagines as being good, e.g., earthly happiness of getting what I like.

If we come to spiritual practice with an open mind, we begin to see that it is far beyond the material realm of the many and the one which is indescribable, immeasurable and awe-strikingly difficult. Not many, at one given time, seem to have the aim to unite with the Godhead. Most of us, if we are honest, want a good life.

Take any spiritual path and look for the highest aim and ask about it. Most, if not all, will exclaim the higher paths of union are not for the faint. It is full time and covers everything in life. There are no breaks. Two images come to mind to depict this ever active commitment, the first is the rubbing of sticks together to get a spark and eventually a flame and the other is the cutting of a throat of a lamb.

The first one is more familiar. We may have actually tried to get a spark without it happening. As many of us know getting a spark requires constant, consistent effort of rubbing the sticks together. If you set them down, that’s OK, but it means when you return to the rubbing you begin with cool sticks all over again.

The second image of a cutting the throat of a lamb comes from the Sufi tradition of a 40 day solitary retreat which is quite arduous. Before the retreatant is locked in a small room for the 40 days the student and teacher do a ritual of killing a lamb and then cooking it and giving the meat to the poor. The retreatant recognizes the lamb was slaughtered on their behalf and it puts a strong impetus to stay the course when things get tough. And things do get tough.

Vows in a small way do the same. Vows in a spiritual life or marriage are commitments to a full time life of following them. There are no breaks from the vow. The type of break referred to is similar to the likes of a vowed celibate priest. It would not be kosher for the priest to say to his superior that 5 days of the week he would be celibate and the other 2 days he would not be. This is not to suggest that there are spiritual police running after the spiritual seeker. No. That’s not it. But it is to have the mind with the aim clearly illuminated everyday….to know nothing is hidden from practice, nothing is hidden but everything is practice.  To know the Source in everything wherever you are doing whatever you are doing. And to pay attention to IT and not to the stampeding elephant mind or the wild monkey mind.

Whether you are young in the practice, meaning immature, which requires different practices than if you are an old hand, hard-nosed working oxen that is well-trained doesn’t matter when it comes to the aim. The training is different, but the Source is the same.

Zen training is flexible and recognizes what each spiritual seeker needs with the first instruction being all of training is leading to the yoke.

May all beings in all directions benefit from the merit of this practice.