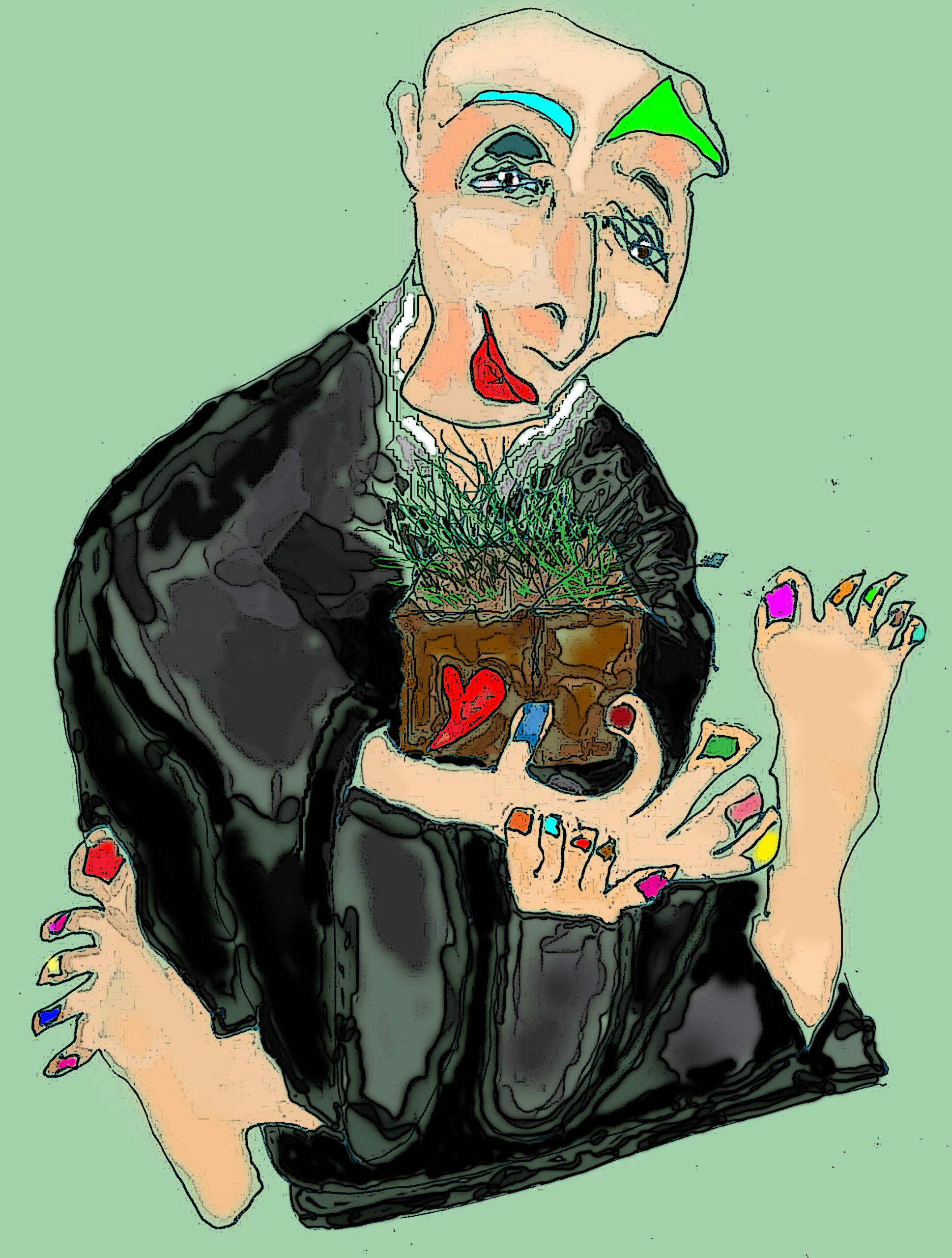 Often in spiritual life we find seekers rather than seers. It comes out of our misunderstanding of Reality. Below there are two stories that show us when we seek, we get worn out and feel as though we are a ‘failure.’ When this happens we have fallen into the common mental formation of “measuring and comprehending.” I know this may be a surprise. Most of us have been trained to seek liberation rather than see it. It’s time to see it.

Seeking leads to all sorts of frustrations because it rests upon buried desires of getting something. Even when we are told there is nothing to get – the samskaras, those buried devils deep within our mental consciousness, surface like hungry ghosts wanting to achieve, taking up measures and holding tight to comprehension.

All of this mental business of thinking and desire leads to suffering; as our dear Shakyamuni saw as a young man.  Life, the world of wanting, is suffering and the cause is desire. Simple. Clear. But overlooked again and again because we want to achieve – we want to be somebody who is successful. It is our human inclination.

We are like the young monk in the monastery who is asked by the Abbot,

“What are you up to sitting there in silence.”

At that answer, the Abbot picks up the infamous brick and begins to polish it leading the young monk to ask,

“What are you up to rubbing that brick?”

Now here is the turning which we often overlook – the Abbot’s turning is a reflection of the monk’s response. That’s all he offers. A reflection of what the young monk is doing.

The seer sees that he cannot do anything to achieve liberation. Nada. But wait. I now hear the cries and screams from all of us who have been doing, doing, doing what we call practice for years. Bowing, prostrating, sewing, chanting, contemplating, sitting, studying.

What about all of that?

I say, “all well and good.” BUT…sorry, there is a but here….if you are seeking enlightenment, wanting to achieve success, measuring your progress, taking pride in your comprehensions, loving it when others think of you as mastering the Dharma, telling you how well you are doing – well, then you are like the young monk who seeks to become Buddha!

We need a change in mind, in our thoughts and thinking about practice. We need to know the primary cause and not our small secondary cause of effort. When we are given – yes, given sight to see it is not something we did – but a gift. There is no guarantee that if you do this and this and this and know that and that and that you’ll transcend samsara, the world of suffering.

Transcendence is a gift. Not some method of polishing the self-ego to get it. No, it is transcendent, intuitive, beyond the smallness of mind and all the samskaras of mental formations. The mental formations are like clouds in the sky – they block the Light. In what our dear Chan Master Hongzhi called, the clear circle of brightness. What Rumi spoke of as the field beyond rightdoing and wrongdoing; that place where the Soul lies down too full to speak.

So, if you have the inclination to practice measuring your progress, contemplating what you feel you comprehend and claim it in the category of success – you are seeking – not seeing. Seers see. When they see that they are putting their trust in the things of the world they turn the mind away. And they do this again and again and again until the mind stabilizes on what is real and what really matters.

Measuring and comprehending are the Way of seekers, not the way of seers. Now we are ready for the two stories.

The first one is about a team of Americans who traveled to Southeast Asia to study Buddhism in a remote area. Where huts were more holes than walls, where dogs roamed in packs and barked all night, where buildings lay half-finished. All things appeared to be in disrepair and decay including the Temple. When the main monk met with them they asked to see the Temple where they would practice and he responded in a rather perplexed way to their question. You see, they were standing in the Temple – in the midst of stacks of rotting supplies, half-built walls, torn and leaking cement bags, equipment and tools broken down by the heat and elements.

The Americans were stunned but silent. As soon as they could get together in their team they decided to clean-up the place, organize and salvage what they could and build the Temple for the monk. Not surprisingly, the monk explained;

Again, confused, unclear the team could not imagine how he could say that the piles of rubble, the waste, the broken down equipment was the Temple. The team planned to build what they thought was a ‘proper’ Temple. They agreed to raise money. To fix what the monk saw as the Temple and they saw as a mess.

A woman, a devotee, was out walking thinking about the day. About the buildings along the city street when she noticed that the awning along an old brick building was rotting away. It was once dark blue but now appeared to be thinning and faded. The once clear lettering was no longer readable. Part of the material was torn and no longer held its shape. It made the building look older and unkempt.

But as she looked at the building she suddenly noticed right above the drooping awning was another awning. She couldn’t tell if it had always had been there or that if it suddenly appeared. IT, the sudden appearing awning, was a bright turquoise and it had an inexplicable lustre like a glow circling around it. Although the woman could still see the worn-down, dark blue awning, it no longer appeared as important.