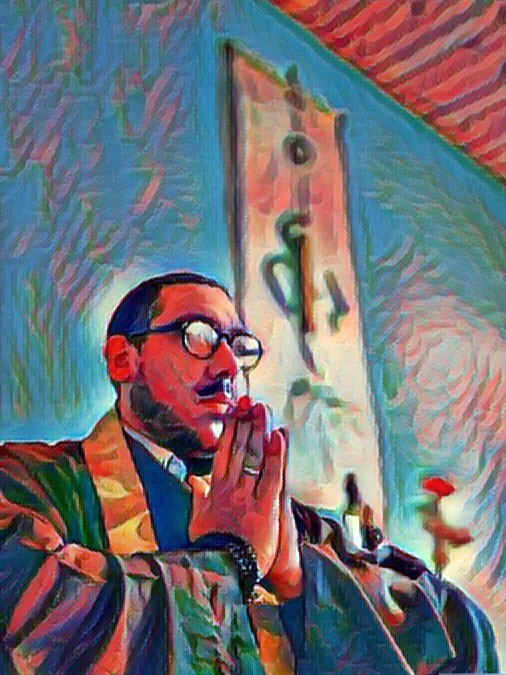 No sooner had the warm liquid mixed with the crumbs touched my palate than a shudder ran through me and I stopped, intent upon the extraordinary thing that was happening to me. An exquisite pleasure had invaded my senses, something isolated, detached, with no suggestion of its origin. And at once the vicissitudes of life had become indifferent to me, its disasters innocuous, its brevity illusory as this new sensation having had on me the effect which love has of filling me with a precious essence; or rather this essence was not in me it was me.

Whence did it come? What did it mean? How could I seize and apprehend it?…

And suddenly the memory revealed itself. The taste was that of the little piece of madeleine which on Sunday mornings at Combray (because on those mornings I did not go out before mass), when I went to say good morning to her in her bedroom, my aunt Leonie used to give me, dipping it first in her own cup of tea or tisane. The sight of the little madeleine had recalled nothing to my mind before I tasted it. And all from my cup of tea. -Proust

Proust in his ambitious novel, Remembrance of Things Past may, at least in this famous passage about eating a cake, resemble the curious activity of Siddhartha Gautama at the Plowing Festival. In biting into the sweet madeleine he bites into a morsel so familiar he enters a delicate ecstasy from a remembrance of the past. He suggests that all of us have, at some basic level, the intuition to transcend the material world. Proust’s recollection of eating a piece of madeleine cake points to an undeveloped insight and skill that reaches out across time and space through ordinary crumbs.

Siddhartha Gautama, when near death from six years of austere asceticism recalls a thing from the past perhaps his first bit of this greater nature. It was a remembrance of a time where he sat under a tree in his youth and looked within himself. This memory, this remembering seems to be a turning point, a point where a simple, spontaneous energy, though dormant, became active.

The story goes that when Buddha was a child, he attended an annual celebration called the Plowing Festival. As often happens to children, he was very bored with it all, and so went and sat under a tree. There, he spontaneously entered into profound meditation through observing his breath. At the end of the festival his parents discovered him beneath the tree, roused him from his inner absorption, and took him home. He never repeated what he had done that day beneath the tree, but he never forgot it.

After years of practicing incredible austerities and yoga, Siddhartha found himself without true realization. At this point he vows to sit beneath a tree and to remain there until he attained enlightenment. But how would he do that? What should be his practice, since everything he had learned in so many years had proven useless?

Under the tree he recalled his childhood meditation at the Plowing Festival. “Might that be the way to enlightenment?” he wondered. It seemed unthinkable that the simple, spontaneous practice of his long-ago childhood could be a small bite into Nirvana. But something from deep within him spoke, saying: “That is the only way to enlightenment.”

The only way to enlightenment is what the old patriarchs call, “turning the light within.” It is there where we find the way; it was the way Siddhartha found. The future Buddha facing his own suffering remembered that simple, very simple thing he did so naturally as a young boy.

He knew the extremes of luxury and austere ascetics had failed to awaken him. Near the end of his six years of austere and arduous ascetics, nearing physical collapse, he heard a group of girls pass by playing a lute. He thought,

A young girl, Sujata, seeing him fall and faint from weakness presented him with a bowl of some milky rice. There was no more struggle in the two extremes and he was open to just accepting what was given. And at that moment he entered the beginning of what might be called his authentic spiritual path.

That is Gautama’s story and it is a wonderful story. It is a marvelous story. It helps us to remember the requirements of the Zen path; honesty with the self and the world. Gautama’s recollection is a Proustian cake available to each one of us. He recalled what he knew and cultivated it on the path to enlightenment. His realization shows the importance of cause and effect, the deepness of our relative being, and our changing nature. He was willing to change and let go which requires humility and confidence.

When we remember how fragile and impermanent everything is we have a possibility for faith in the “Real Nature;” what the old patriarchs call “Buddha Nature” or more simply, “True Mind”. We also have the possibility to change and be humbled by change as Siddhartha was.

Proust’s character, who recalls in a fragmentary moment the seed of transcendent intuition, much like Siddhartha, encourages us that realization is in the here and now. In Chinese Buddhism, we talk about having faith in the Buddha Amitabha and the Pure Land. The All Enlightened Amitabha, is no other than our “Buddha Nature;” his Pure Land is no other than our Mind when it is pure, when it doesn’t dwell in separation with the world. There is nothing magical yet, it is a mystical path.

As we shine the light sincerely on our human condition and develop a strong faith in Buddha Nature, we realize the importance of accord with all Dharmas, with the world. It is like the Buddha Shakyamuni agreed to accept a simple bowl of milky rice from a young girl. All moments of life can be a moment of harmony, a moment of expression of what the middle path is when the mind is pure.

Harmony with the expressions of the moment is, like the young Siddhartha, to simply sit and turn our energies within. These energies, which are usually externalized to the world in distraction after distraction, are nothing fancy. They are thoughts, desires and images that we firmly but kindly harmonize naturally with our Body-Breath-Mind. It is like the following experience of a Zen priest who goes to visit his seriously ill mother in hospital.

I was alone looking at the pained face of my mother. She gave so much of her life energy for me, for my life. Although she was asleep I saw the agony she suffers. It was hard to see, hard to know.

Suddenly, she woke up.

I remember her eyes looked directly at me, as though she looked through me. I couldn’t look her in the eyes, so I began talking to hide my discomfort. At one point, she smiled and looked outside. I did the same. We sat together watching a magpie play with the wind. It lasted at least five minutes; five minutes of total silence, of total presence.

Looking together in the same direction I had the most authentic moment I ever had with my mother. At one point, she looked at me and smiled a big, wondrous smile. I didn’t say anything, but I knew I just had a wonderful moment of truthfulness, a simple and deep moment far from any of my preconceived habits or desires.

I never before felt so close to my mom. I felt as though I met her under the Bodhi tree in the hospital. This moment with my mother was my Zen Proustian cake, my bite of enlightenment.

No matter what Buddhist technique we use, our point is to be one-pointed and to realize our True Mind. Just like the ascetic Gautama, we are able to find a Bodhi Tree. We decide to sit under it and never get up until we find enlightenment within. We allow impermanence to penetrate to the point we are humbled by it, we live by the precepts, and firmly trust our Buddha Nature.

Our Bodhi Tree every day is in every moment, but our ideas and wishes and desires may block the true mind. We return to one-pointed, single-mindedness, one breath at a time to enter the Pure Land. It’s available to those who attend to it, one moment at a time.