Work and the 4th Awareness of Dogen 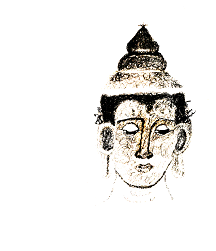 “Love and work..work and love..

what else is there really?”

He also was overwrought about death. “Why am I looking at Freud?” Because we are living in a heightened awareness of the loss of our work and the fear of a virus (now tagged as the “enemy’) as a  grim reaper stalking the world.

Really?  WAIT A MINUTE. Freud must have been referring to the personality, those parts he labeled as the id, the ego and superego. Of course. THAT is what Freud was talking about when he talked about WORK and love as all there is. If you happen to agree with Freud, I refer to you to Peggy Lee’s song, Is That All There Is.

A person who comes out of two wars inevitably looks to the future for something better. The post-war babies and their children took up the banner: GO TO WORK YOUNG MAN. I say man because in those days (and even now) the banner was raised for a young man and women needed to go back to the kitchen as housewives and mothers.

But women, especially educated women heard the same message: GO TO WORK. But it wasn’t until the postwar 50’s and 60’s that Betty Friedan spoke about the Feminine Mystique. And what did that mean for women and work? It meant dragging the kitchen sink into the world of business work. But more precisely i offer the following.

Betty Friedan author of  “The Feminine Mystique”, the ground-breaking book that actually started the women’s movement, coined the term feminine mystique to refer to the unfulfilled feeling felt by educated housewives of  the 50s and 60s. Friedan believed that such women had lost their identity and sense of self to a life centered around husband, children, and home maintenance, and little else. The feminine mystique was a trap that had caught American women who were afraid to address the problem for fear of being perceived as “unfeminine”.

Don’t jump the gun here and think I am going to go on and on about women’s liberation or to state the obvious that the world is still a man’s world.  Well the world of work is a man’s world.  (i.e., a woman has not yet been a US president) but I am not going to go any further with the material world sufferings for all people.

NO. I am asking you to come along with me to look at WORK without the gender-identity mess. Just look at WORK as Dogen’s awareness of diligence with a twist upwards towards the higher Self. Yes. I am going to twist WORK upward away from the id, the ego, and super-ego as work needs to be realized beyond the pundits of the past. To offer a direction, a spiritual direction to Peggy Lee.

If I remember correctly, Peter Drucker, the one-time guru of business management, wrote that work, that is, work in business is the “new” church where the young man would attain self-fulfillment. I have to say again, Really? Perhaps these ideas have made ministers and priests of every ilk see their work as a profession of self-fulfillment and not as a selfless service to the Truth of the Divine source. One must ask, who is then looking after the spiritual life of the world? Not the psychological life – the spiritual one.

Ah, but most of us have been raised and fed these ideas since childhood. Yes, that is true. Grow up. Get an education. Get a job. Make a lot of bucks. Ta Da. But this is not the road to freedom. We continuously forget the material world is the world of suffering.

Really? An asset? Raise your hands if you want to be an asset?

Drucker, an Austrian born American, set forth the ideals of business that included seeing the worker as an asset and not a liability. Do you think of yourself as an asset? Here’s a few definitions of the word ASSET.

a useful or valuable thing, person, or quality.

property owned by a person or company, regarded as having value and available to meet debts, commitments, or legacies.

military equipment, such as planes, ships, communications and radar installations, employed or targeted in military operations.

It is not my intention here to go into the lengthy development of business in America but to point out what I consider salient ideas and concepts that have influenced how we view ourselves in relationship to work and how these ideas cause us to suffer, especially when work is being threatened by this pandemic. The roots of work are deep and cherished.

Now, ask yourself, do you measure your self in terms of usefulness, utility, a value-added being?

You probably do. And you probably measure yourself and others using these or some semblance of these ideas. Let me remind you in spiritual practice measuring disturbs the mind; comparisons lead you astray. But we need to forgive ourselves and others – we’ve been trained to be an asset. Useful. And this training is pretty long in being the goal of human life. If you’re not an asset – well, you’re a liability or a handicap or even a burden. Something perhaps to be discarded – pushed aside; tossed aside. Gotten rid of…

One has to ask if the world wars played a significant role in the exponential growth of business as a place to fulfill one’s life. Is it? Was it? I feel confident enough to say the wars did influence our need to seek something better – to rebuild a Europe that was decimated by the wars and yes, to replace the church with the office of self-fulfillment. After these wars people were weary and disappointed in what they believed to be God. The world was broken. But what people didn’t know is that the world is not the place to see and find and discover truth, a big T truth.

Let me pull these ideas together. Just to make them a bit crisper. Sharpen them up.

Freud’s influence on the structure of  “personality,” the internal world of the psyche felt work and love was all there was to life. Take a pause there. Take this idea and add Drucker’s postwar spangles about self-fulfillment at work as the new church and his coining the term knowledge-workers and try to consider yourself as immeasurable based on spiritual awareness. Pretty damn hard to get free of all that construction in your mind.

But there is some luck…and of course truth.

We are lucky to have outlived Freud’s poorly substantiated psychoanalysis. The pandemic’s collapse of the mercantile and governmental systems which highlights the uncertainty and impermanence of all that the world has built is a spiritual jackpot.  Really? YES! Really.

Fortunately, all of us can take the backward step towards the light of transcendence against the stream of measuring the personality and seeing utility as the temple. and self-fulfillment as the goal. We can get free of the personality…but I digress. This piece is about WORK.

So post-war America began to perceive women a bit different since they actually did work outside the home during those miserable war years. A taste of the grass makes a thief of the beast, as my mother would say. Women wanted to work and Betty Friedan began to beat that drum. Don’t get snookered by that feminine mystique ideal of being stuck at home. GO to Work. So women did go to work but took along the household of children with them.

And add to all this…Drucker’s success in business management and his heralding that WORK fulfills us and we are bound to be nuts when we are asked to shelter-in-place.

SO………….we are up against quite a few ideals here. WORK is essential; especially WORK where one makes a buck or two. Survival is an instinctual attribute of all life so we are going to feel threatened. Unless…and maybe until…we begin to see through these ideas of personality and work as fulfillment. You guessed it. The ideas rope the instinct and we are caught at the most primitive level.

Imagine the sound of scratching a spinning vinyl record as a way to cut off this path to frustration, depression, anxiety and misery. We have to stop spinning in our made-up personality, stop measuring ourselves according to a comparison as an asset or a utility and turn to a higher ground.

I offer two teachings to help us to do just that.

Here’s what the 21st century priest tells us.

From NOW in this body,

resting on concentration and focus –

a steady hand – a focused eye –

As one puts together a sand mandala –

slow & careful, not looking to do anything –

To give this offering in perfection of spirit.

Take the stitches out.

This 21st century priest points us to WORK as a devotion; not as an asset, or to become somebody. NO. WORK is devotion. Get up. And offer WORK with concentration and focus; without wanting any reward. Everything you do – all the actions of your life are devotion and this devotion includes what most of separate out as work.

Diligently as the 12th century cook tells us. It is an unselfish prayer to the Supreme Self by whatever name you know. It is a chant to be chanted daily.

And here is what the 12th century monastic cook explains.

Altar Opening:
In gratitude I acknowledge all tenzos gone before me, after me, and with me now.

I request their help, offering incense to them and Buddha.

Pay full attention to all work,

the Way-Seeking Mind is actualized by rolling up your sleeves.

Attend to every aspect yourself so that it will naturally turn out well.

and those that would be most stable on a
low place onto a low place.

In this way stability is established.

Keep your mind on your

work and do not throw things around carelessly.

Do not lose even one grain of rice.

All ingredients are the same.

Do not let your attitude be influenced by the quality of
ingredients.

As Master Dogen asked the COOK from Ayuwang, “

“There is nothing in the world hidden from it.”

May all beings benefit from the merits of this practice.

There is a Chinese curse that says, “May you live in interesting times.” As I ponder this 1st quarter of the 21st century I see the truth in this pandemic. The world has come in upon us and we choose to see all that is going on as the Chinese say, a curse or an unspoken boon. For those who follow Freud, Drucker and Peggy Lee; it appears to be a curse. For those who see the Way, all that comes into our life is a boon. And this one is a jackpot.

Don’t give up. Keep going.

This is the top of the mystical peak.

Lyrics to Is that all there is

Jerry Leiber / Mike Stoller. 1969 I remember when I was a very little girl, our house caught on fire. I’ll never forget the look on my father’s face as he gathered me up in his arms and raced through the burning building out to the pavement. I stood there shivering in my pajamas and watched the whole world go up in flames. And when it was all over I said to myself, “Is that all there is to a fire?”

Then I fell in love, with the most wonderful boy in the world. We would take long walks by the river or just sit for hours gazing into each other’s eyes. We were so very much in love. Then one day, he went away. And I thought I’d die — but I didn’t. And when I didn’t I said to myself, “Is that all there is to love?”