The Spiritual World of Work 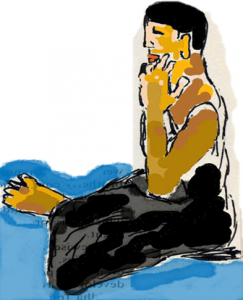 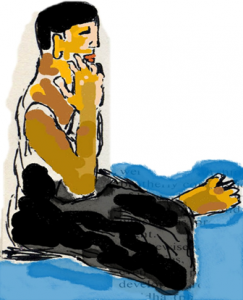 “Whatever human existence there is; whatever freedom, rights and duties the individual has, whatever meaning there is in individual life, all are determined by society according to the society’s objective need to survival. The individual in, other words, is not autonomous.

He is determined by society. He is free only in matters that do not matter. He has rights only because society concedes them.” Peter Drucker

Briefly, very briefly, Peter Drucker the 20th century guru of work and business, a man who was erudite and savvy, spiritual and business-like, gave work a new face. It was the face of man’s need for fulfillment. Work as a means to personal and yes, spiritual fulfilment became the sentiment of the worker.  It was to be the “new” religion of the world. To some extent it may have actualized into just that…except…yes, there is an exception. The world of work did not payoff for many and I question whether or not it paid-off in any meaningful way for the very rich.

Greed is the evidence. Greed begets more greed. If you are struggling financially, everything you earn goes towards basic survival, which includes digital connections as well as a roof over your head, clothes on your back and food in your belly of yourself and family.

Before we turn and take what might seem to be a backward step in regards to work, there is a but that carries with it a shift in terms of religious affiliation and spiritual fulfillment. There seems to be another area of life that portends to be, if not the ‘new´ religion, the growing one as we head towards the end of the first quarter of the 21st century.

And that is ‘politics.’  More on this shift in another composition.

Drucker, in a talk he gave at Bennington College in 1943, which may have been a foretelling of our current situation, said, “…whatever freedom, rights and duties the individual has, whatever meaning there is in individual life, is determined by society’s…survival.” He goes on to say that the individual has “a will only if he wills what society needs” and then adds, … individual freedom is what does not disturb society.

Yet, there remains a “…trumpet voice upon the weak, the miserable and the downtrodden of all races, all creeds, and all sects, to stand on their own feet and be free…physical freedom, mental freedom and spiritual freedom…” Vivekananda

No matter how weakened this clarion is, it still is heard.

Freedom, as most of you know, is a central tenet of Zen Buddhism; not just Zen Buddhism, nay, I’d say all religions tout the need for at the very least, ‘religious freedom to practice their faith.’ But this societal freedom is being challenged by the continual rise in fundamentalism which claims to be the one and only right way. This claim might be able to stand, if and only if, it does not encroach on the rights of others to practice their faith. Oddly, the encroachment threats appear to be coming from the ‘new’ religion of politics. And it appears that if politics does not provide, taking up arms must be used.

Given the previous administration’s devotees and its final effort to gain power, by whatever means including violence, suggests that ‘freedom’ which includes ‘freedom of religious practice’ is at best being questioned and at worst being sentenced to a forceful death. Making-money and gaining-power are strident, vocal and clamorous allies.

So…I imagine those reading this rather stark beginning on the topic, The Spiritual World of Work, are wondering how these ideas from the past implicate seeing, studying and practicing our spiritual preference at work.

The constant barrage of ‘breaking news’ of every sort distracts the mind.  The 24-hour cycle of bombardment of civil unrest, in both small and big ways, disturbs even the strongest amongst us. It is a tell; it betrays that many of us are more concerned about the material plane than the spiritual.  I recently heard the head of a monastery who has not voted for 50 years declare that ‘the elections’ were so potent that he could not help but form an opinion for and against a candidate. When the mind is distracted by the material world, it is unable to focus and concentrate. Focus and concentration are essential to the Way-Seeking mind.

Although Drucker’s work as self-fulfillment is waning, I am not taking here to revive work as religion, nor am I promising that work, just the right work for you is the road to self-fulfillment.

So, what is this all about?

What I am going to write about in one composition at a time, over a period of time, is a practice that will help those who are interested to see work as a spiritual practice. This includes all sorts of work. To be quite clear and honest, it does not promise any self-centered fulfillment. Just the opposite. It is to empty selfishness from having a grip on the mind.

The requirements are simple.

It requires that backward step I mentioned above which is to step back from the external, material world of work into the spiritual domain which is neither material or external. It is what Buddhism and many other traditions exclaim as without form, name, characteristics or function. It is a practice. “Yes! That is exactly right.” It is not believable. It is to be experienced in your individual life right where you are.

Drucker, interestingly repeats Kierkegaard’s understanding as seeing two planes; one material, the other spiritual. Two realms that we live in simultaneously whether we know it or not.

One of the requirements to know this – not believe it – but know it – is the backward step into the practice of karma. It is to do whatever is done with a spiritual attitude of giving and offering. It is a fearless approach. Requires everything to be given and offered over and over again without reward.

Yes. With nothing in it for “ME.” The “ME” that thinks and claims it is a separate self that deserves, strives and goes after the things in the material world for personal gain.  But say, I am getting ahead of myself. It is a practice of one step at a time. Just one step. No big flourishes. No grand sweeps. No bravado moments. Just one step at a time.

Let me begin with a quote.

It is pure arrogance to attempt to decide what is supposed to be part of our daily experience and what isn’t. Sufism

This is true for every day of our life. And yet, we get up thinking we do know and how we wish the day to go. It is arrogant to think we are in charge of what happens. Our arrogance causes suffering and takes many names and forms. After all, the world pervaded by Eternal Power is not the cause of suffering, our desire to lay claim to a thing is. We act as though we have all the power.

When we look to do, to finish, to get and to keep a thing we suffer because we are in delusion. The delusion is that we think and function as though we are the doer, finisher, getter and keeper.

Pause for just a moment and ask yourself if you are the power that put you together and keeps you together?

There is a Sufi saying, fiha ma fiha which captures the essence of our situation. It translates as it is what it is.  But when we don’t like what comes our way we suffer. But there is another Way. When we realize the Truth of It is what it is as being whatever comes our way, we have an opportunity to meet it with courage and big-open-handed generosity not with judgment and criticism. When we presuppose or wish the day to be a certain way, according to our plan in our head, we are bound to disappointment. Literally and figuratively, we bind our mind to the disappointment. And we do it habitually.

There is another Way. But for many it is too hard, too difficult, too much against all the habitual patterns built up in the mind over lifetimes. The mountain of habits is the wilderness where we must be willing to go. It is a choice. We must be willing to clear away our consistent patterns of getting angry, blaming a thing in the external world, judging and measuring and comparing what it is that is confronting us. This practice requires that we face what comes into our life as our life without complaint, but with a calm-abiding awareness within ourself. This requires a turn. A willingness to stop and clear away as though we are traveling into a wilderness.

Facing the work of our life as devotion is a practice that gives us an opportunity to relinquish our arrogance and to meet what comes as a fish swims in the vastness of the ocean or a bird flies in the expanse of the sky; not knowing what might show up we swim with the flow and fly with the wind.

With this short introduction to a series of compositions that will be posted over time,  I welcome any questions that might arise in your practice of the Dharma. 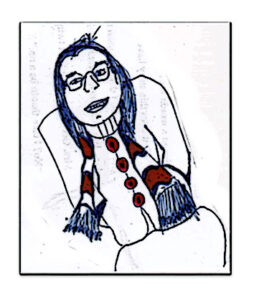