The Sale of the House 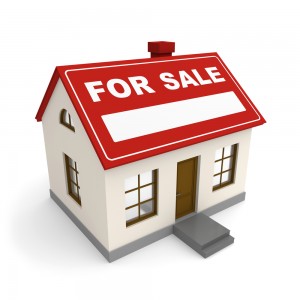 We are often susceptible to  what is called “diminishing volition” which simply means that we start a project fully intending to perform it as promised, but find that our willpower grows more feeble with each passing day.

Sometimes we are so thrilled to start a new Zen program that we pledge to perform an unrealistic schedule.  Oh, we will rise at dawn, and do yoga and meditation for an hour, and then chant for half an hour, and finally eat a healthy vegetarian meal, and then get ready to go to work.  Not even monks in a monastery would try to squeeze such a schedule into their daily work routine. But we are euphoric and we sincerely believe that we can easily accomplish the goal.

Then… on Monday, we have to skip the chanting because we were late getting up.  On Tuesday, we do only fifteen minutes of yoga and ten minutes of meditation.  On Wednesday, we have time only to chant for fifteen minutes.  On Thursday, we do the Sun Salute and drink a glass of orange juice with some pastry.  And on Friday, we’re back to our old routine of coffee and a biscuit before we hurry up so that we’re not late for work.

Excessive promises are made in the irrational state of euphoria.  They are the other side of depression – when we don’t feel like getting out of bed at all.  The Zen Way is to lower the high and to raise the low, to meet in “The Middle Way.”

There was a rich man who fell off a boat and was foundering in the river. He could not swim and he clearly foresaw his own death.  But a passing fisherman saw him and dived into the water to rescue him.  When the rich man finally was brought to shore, he was ecstatic with gratitude to the fisherman!

“I have a gold coin I could give you, but that is hardly enough,” he said. “Instead I am going to sell my house and even my house cat.  And what I receive for the sale of the house, I will give you.”

The fisherman was so thrilled to be rewarded in such a great way. He told his wife that after working so hard all their lives, they could finally enjoy their old age together in comfort.

The days passed and the rich man began to think, “Ah, the fisherman was used to diving into the river.  It was nothing special for him to do.”  And then after a few more days, he thought, “Ah, if he had not saved me, then surely someone else would have jumped in to help.”  And a day later he almost resented the fisherman for expecting to be rewarded for something that any decent human being would do.”

Finally, he sold his house and cat for $100,010.; and he gave the fisherman his reward… $10.00. “I am a man of my word,” the rich man explained, “I sold my house for ten dollars and the cat I love so dearly… my precious pet…  I sold for $100,000.” The fisherman who would have been happy to receive the gold coin was now cruelly disappointed.

And so it is with most things in life. We must beware of “diminished volition” and recognize when we want to go overboard with our willpower we are susceptible to the limits of our inevitable diminishing volition.

And then when we make a promise to start a morning Zen program, we limit it to a reasonable amount of time…. a Sun Salute, Five Healing Breaths, and a recitation of the Heart Sutra.  Fifteen minutes ought to do it.