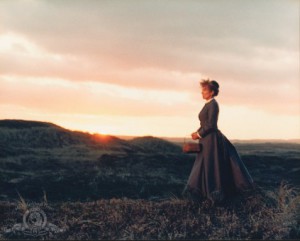 I rise at 4 a.m. to the sounds of a whimpering, sick but hungry old dog.
In the kitchen’s silent semi-darkness, I place medicines and supplements into his bowl and mix them with his food. As he watches, I recall the question, “Do people really believe that bread and wine can turn into flesh and blood?”  I answer, “Why shouldn’t they? I trust that what I’m mixing into his food will strengthen his heart muscle and boost his immune system… that they’ll change his body and blood for the better. Conversion,” I whisper, “is a universal principle. Everything converts.”

I don’t know exactly how the change occurs, but I do know the medications, food, and even the water convert into something that is undying and timeless. Everything is recycled as if it is the first time. It is all fresh in the transfer from the bottom of the bowl to the bottom of his belly. I see his breath change, his cough diminish and his appetite grow stronger. I’m cheering for him as he eats. I’m witnessing something sacred.

I hear the doubter say, “Well, that is the result of science! The pills are supposed to work. That is not the same as bread and wine changing into the flesh and blood of some dead person.”

I point to the warnings on the labels of his medications. “Nothing is foolproof here,” I say. “I can’t claim certainty. Certainty is not the nature of the universe. If it were there would never be a plane crash. We love certainty, even while knowing that it has a downside which we often overlook: it kills our inner need to revere and to know what is sacred. It makes us smug, and whether in science or religion, it leads to a sense of superiority that alienates us.”

The doubter persists. “What does this have to do with bread and wine, flesh and blood?”

I repeat that conversion is a universal principle. We eat because we believe that physical food nourishes the physical body.  Just so, we also believe that food consumed with spiritual intent can strengthen the spiritual body.  It also undergoes conversion in the process.

Scientists must avoid getting stuck in a paradigm. In the 1960s Thomas Kuhn explained the revolutionary measure of establishing a “paradigm shift,” i.e., a new proposal that could absorb facts from old competing, deadlocked theories as it created a fresh interpretation. When we’re not open to change and refuse to see merit in anything beyond our viewpoint, we commit ourselves to a stale reliance on controversial opinion, a reliance that lacks the grace of tradition.  No benefit can accrue from the attempt to disprove spiritual truth by applying scientific material-world criteria.

On the other hand, we can find insights into material’s conversion into spiritual “substance” in many works of art.  One particularly good one is the film Babette’s Feast, a dramatization of Isak Dinesen’s short story and winner of the Academy Award for best foreign film in 1987.  The story only seems to be a simple tale:

Two aging spinster sisters, pastors of their small church, are locked into their own austere interpretation of the Gospels. As the years pass, their congregation dwindles.  They gain no new converts.

Babette, a political refugee from France, comes to their door, asking for help.  Penniless, she is willing to work in exchange for room and board.  Although she has once functioned as chef of a famous restaurant in Paris, she agrees to serve the flavorless gruel that the sister’s abstemious lifestyle requires. Her old life behind her, she lives happily with the sisters.

In that old Parisian life, however, a faithful friend continues to spend a few pennies each year on a lottery ticket for her. After nearly fifteen years, Babette’s ticket wins ten thousand francs.  She can afford to return to her old life, but she instead spends every cent she has won on a feast for the sisters and the few remaining members of their congregation. To show her appreciation for all that they have done for her, she plans to help them experience the joy of fine cuisine.

As the ingredients for the many courses arrive, the sisters and their friends begin to regard such excess as sinful.  They agree to eat the food, but think that propriety demands that they not “enjoy” it.  Such pointless discipline fades when a distinguished man – one of their youthful lovers – attends the feast.  He knows the culinary lore, and with great appreciation describes every dish. The food is so delicious that all the spinsters’ reservations dissolve, and they suddenly are free to escape the bondage of rigorous views and to embrace spiritual redemption. Love and all life’s enjoyments are now present at their table.

Asked if she will now return to Paris, Babette explains that she hopes to remain with the sisters.  Besides, she has spent all her money and has no place else to go. She will not regard herself as being poor.  She is, after all, an artist and, she explains, “An artist is never poor.”

The feast is of one woman’s self-sacrifice and gratitude. It arrives in the form of the body and blood of spiritual redemption, laid upon the sisters’ table as so many wonderful dishes.  All that was needed was their willingness to open their minds to savor it.