A Flash of Fiction about the Furniture People 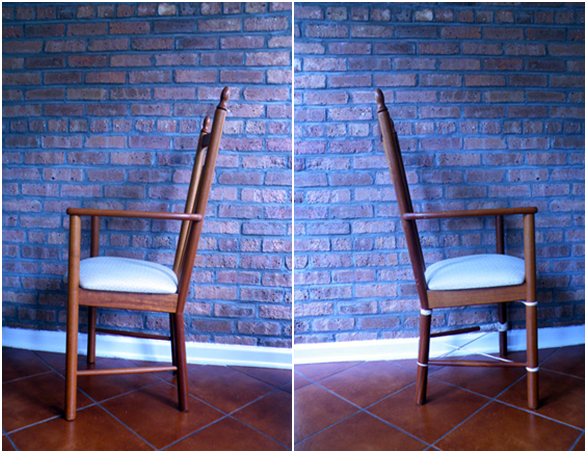 The scarf wasn’t enough to cover up David’s hollowed cheek line. It merely reminded him of what he used to prize. Sarah touched her thumb along the tip of each of her fingers when she decided to speak.

David, alarmed by Sarah’s stammering to speak, faltered. The beauty, hers, his, waned.  “It’s better to be a chair,” he said rather convincingly. Sarah grimaced. “Are you kidding me?” she said accusing him of doing it again.

He choked before he answered. “I know. I know. You don’t like it when I say the obvious.”

“First it’s NOT obvious. And secondly, if you knew that, we wouldn’t be having this conversation.” Sarah sunk her teeth into a piece of dead skin along her thumb and tore it off.

David, with his hands in his pockets moved towards Sarah to deliver more of the same. “Say what you will. It’s true. It is better to be a chair. Like that one, the one we paid big bucks for…or the couch, or the goddam rug.”

Sarah shook her head as she mocked wiping something away in-between them. “You’ll never change. Everyone…”

David interrupted. “Everyone? Really? Everyone? If you didn’t blow things out of proportion and listen for a change, I wouldn’t have to say shit like it’s better to be a chair.” He’d drawn his hands out of his pockets as though he touched something in the space between them. When he turned away to the side he let his head slump towards one shoulder then whispered.

“And no matter what you say, I know I am right!”

Sarah sighs. She tries again to speak what she came to tell him.

He turned round and looked at her.

Sarah took in a deep breath and shrugged. Shaking her head from side to side she began again.

“Not until you tell me who told you I’ll never change?”