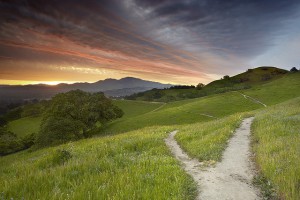 Retirement has not lived up to its billing.

I had said, “And if there’s anything you really need me for, just call,” thinking that nobody expects such a remark to be taken seriously. I was mulling this over as I drove north up the East Coast just before the great blizzard. I was still mulling on the way back from Jersey when I decided to switch trains of thought and began to formulate a magnificent essay on the problem of atheism, hubris, and arrogance. Its foundation swirled around Kant’s pure and practical reason with a splash of Karl Jaspers in the mix. After four hours of driving and fine tuning I hit the cloud cover and lost my train of thought. I’ve been trying to get it back for the last three days but alas I fear I’ve lost another opportunity to drive the sword of discrimination into the heart of the opaque. That’s how it goes here in the mountains. I spend a week or two in and around NYC and the cauldron begins to boil and bubble but by the time I hit the mists of the mountains I can’t get a fix on what the trouble was.

While I was in Jersey I managed to escape being volunteered to go to Louisiana where I once lived for a year or two. Maybe more. Time kind of gets away from you down there. I think it was the one time and place in my life I could have mutated into a serial killer, had I cared enough about anything to actually kill it. God it was hot and muggy down there. I do recall thinking that I had fallen madly in love. Being out on one of the ever-present balconies sets you up for that kind of thing. It’s kind of like losing track of your three year old in the mall. A kind of tunnel vision sets in and you get real focused real fast. So I recall the infatuation but not much else except the sweat.

At least my timing had been good for the Jersey trip. I got back on a Saturday night without incident. Every winter trip before this one has usually found me stuck on the top of some mountain ridge in a soup of watery foggy elements, reducing visibility to a minus 5 feet. This time I made it home with only one short delay at the Tennessee border where I hit the cloud cover and had a small wait to collect a bit of courage before proceeding. A little reflection, thinking about what a great life I’ve had, found me deciding that I’ve lived longer than I ever thought I would. This thought bolstered me and with a strong tightening of the sphincter muscle, off I went into the great white ocean of fog feeling a bit like Ahab except that I, of course, was trying to avoid the whale.

All of this cogitation made it necessary that I play golf in Myrtle Beach with a group of aging men and their unravelling dreams. Between the warp and woof I had time to return to the topic of atheism which invariably exasperates me. I don’t know how or why this recent vitriol about The UnBelievers has gotten so much attention. I suspect, though I haven’t verified, that it is a result of our post 9-11 phase where fundamentalist religious views are seen to be existential threats. I remember a time (maybe the early 80s or 90s) when the newest scientific theories were abundant with references to eastern metaphysical thinking. The Tao of Physics and The Dancing Wu Li Masters come to mind. The authors spent a lot of time trying to explain the newest quantum mechanical theories using metaphors rife with age-old Hindu cosmologies. Suddenly those explanations fell out of favor only to be replaced by fundamentalist theories the tone of which was very angry. Everybody had an opinion.

Yes, it is true. A quantitative expansion results in a qualitative contraction. My cynicism bears witness to every media platform’s assertion: “Content is King.” Alas there is no content to the content. We deep thinkers are being driven underground by the avalanche of nothing and buried in the detritus. It used to be that originality always contained a hint of refinement, a certain distillation of that which came before. Nothing now but noise, the louder the noise the more originality is claimed for it. Is it even possible now to sit quietly in a room and let the vapors fall, as we play with the incredible aloneness the universe bestows for free. We are now all Borg.

Thoughts such as this are the inevitable result of driving through Jersey in the winter. It often reminds me of springtime in Berlin.

This brings me to the penultimate assault on my senses and the fallacy of retirement. In one way or another business traps the retiree. I was happy mulling things when I received some bankruptcy papers from an old client along with the request that I read them and either accept or decline the plan to pay off his debts to the company. Ninety pages of the most impossible slog that ca be imagined… what a talent these lawyers have for obfuscation, inveigling, and denial. Words, words, and more words… all these words and nothing was said. As a lawyer I would have been a natural.

In the midst of this I was asked by a brother in the Dharma to help him give a Dharma name to one of his new disciples. I didn’t know what to say. I’m more of a Shakespearean “what’s in a name” kind of guy. I don’t have much truck with names. Starting with my Roman Catholic system, from confirmation to seminary, through my Shaivistic and Zen lives I’ve collected a string of names like European royalty. I’m going to have to go for cremation or spend a lot of money for a big headstone to contain my moniker. If I remember correctly I’m now known as John Edmund Patrick Gavin Satya Das Yin Din Puetz. Ex-Abbot. The Chinese names are supposed to reveal something about a disciple’s personality or occupation. “What does the guy do?” I asked, and I was told that he was “an emotional and passionate lawyer.” Uh, oh. I shuffled the bankruptcy papers and suggested, “Howling Wind.” That didn’t go over too well so I digressed and asked, “Wasn’t some Zen sage called ‘Cold Mountain’ or was that a movie? Cold Iron Bound was a Dylan song.” As you can tell I had begun to free associate and ramble.

This led me into my last foray with the reality of retirement. I am certain now that my way is doomed to be Carlito’s Way. “Just when I thought that I was out, they pull me back in!”

In such a mood as this I tried to fill out all the paperwork regarding Social Security eligibility. More indecipherable legalese. I succeed in getting knocked off the government website twice and had government clerks hang up on me four different times. In my last call, after an hour of meaningless drek I was told by the clerk to change my language. I tried to tell her that English was the only fucking language I knew… but that didn’t fucking help. She disconnected the call and I am left having to go to the local government agency office in person and, while being on my best behavior, to make another attempt.

As I postscript I will add that one of the reasons I moved down here to retire was the great golf course that is situated nearby. It appears that the owner is losing money and wants to close it down so he can develop the land into condos etc. – unless we can come up with a plan to keep it open. What is meant by “a plan” is “come up with more money.” A meeting was scheduled and I was volunteered to attend as the members’ representative. The one who volunteered me obviously thought that being the reigning club champion I would actually care enough to do something about it. However, this gentleman failed to take into consideration my narcissistic view of history. What better thing than to be known as the last and forever reigning champion of High Vistas (ha ha). All conditional things are impermanent and all things are conditional things. This should be quite a meeting.

Gotta go. My wife is out in the garage screaming. It wasn’t supposed to be like this.