Who is in Charge? 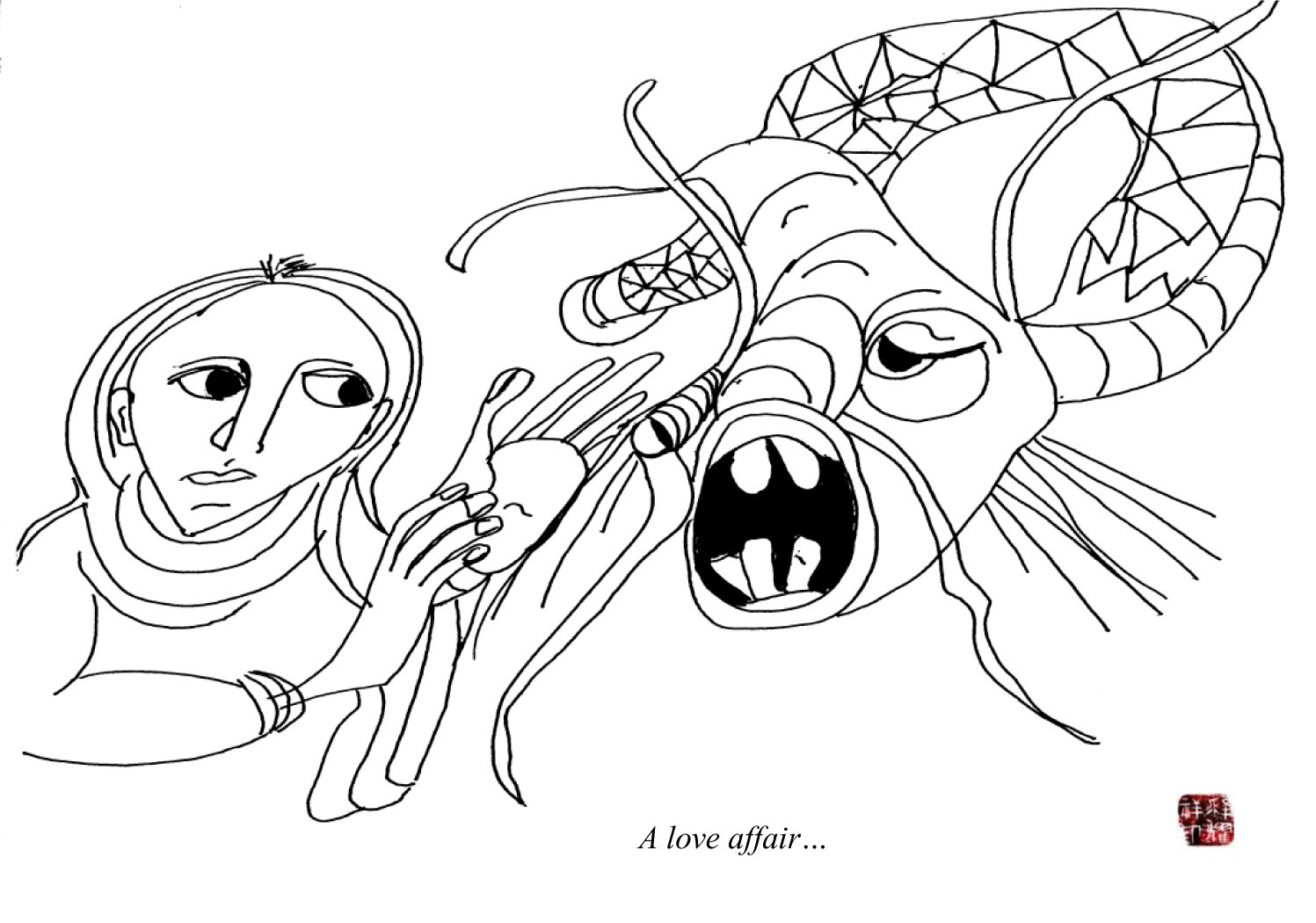 Spiritual life is a battlefield. Over time, the battle worsens for the serious spiritual adept – threats along the path are more ominous. The path narrows. The dangers more perilous. Hazards multiply. The demons of ignorance, of lust, hate, self-doubt, of pride, power, envy, jealousy assemble against the spiritual adept. The climb to the summit appears out of reach. The world of ignorance becomes enticing. Practice weakens, pleasures arise and the adept believes he is more awake, more powerful, more knowledgeable than others. He claims to know – claims to be a leader – ignorance claims jurisdiction of the adept’s mind.

Assumes power over others. Asserts himself as important. Disguises himself as superior. Becomes the ranking official. The demons have vanquished the adept. He becomes unreachable. Smug. Certain. Above others. No longer able to hear or listen. Blows off the Truth. He becomes certain. Assured and out of control. Lost in ignorance. The adept has become unreachable and unteachable. Hardship is his only hope. Thinking he is in charge is his worst enemy. Being a spiritual seeker is not a career, a hobby, a secondary interest – it is all and everything that matters. There is nothing else.

It seems the odds are stacked against us – that one lifetime is not enough time to defend our spiritual life and destroy the battalions of ignorance, lust, pride, greed, envy, jealousy and the many hindrances that we seem to face again and again and again. The enemy of our own desire seems to be upon us before we are able to stop it and vanquish it in such a way that we are free.

But all is not lost.

The spiritual gods assemble in the form of hardship. The ignorance becomes anxiety, the lust, dry and empty, the hate requires more and more harshness and self-doubt is bolstered by sycophants and drugs. The demons relish their victories and amass their forces while the spiritual gods seek help.

Defeated, the spiritual gods confess they need a higher power and a return to order; a return to discipline and practice. They need the energy to slay the demons that have taken them over. They need a powerful weapon against ignorance in order to see how they have capitulated to the fleeting pleasures of impermanent things. For those who want to reach the summit, there must be a willingness to renounce greed-of-attachment and hatred-of-aversion. And this requires heavy lifting – a thirst for the Boss, the One beyond understanding. The thirst is big – big in the way one fights for a breath when drowning. YES. That’s what it takes. A fight for the face of the True Self as one fights for life. The Divine Eternal – Godliness – THAT which never was born and never dies. THAT. Life offers each one of us a chance at liberation – to find union with THAT by whatever holy name.

We need weapons. Yes. Weapons. Those things or ways that give us an advantage over the demons of greed, hate and delusion. AND, we need training on how to find and use the weapons – from a Master. It is as simple as that.

Let us for a moment return to The Bow & Arrow. Please read it as spiritual instruction. It shows the action of a Master; one who trained with a master archer. Trained his mind in discipline and practiced.

Did you read it?

Spiritual life is demanding and we have to be willing to give it time to master. You may ask, “How is the tale of the Bow & Arrow an instruction for me in my spiritual life?”

Actually, I hope you do ask that question.

The basic answer is twofold: The Bow & Arrow exemplifies the use of a weapon and a weapon that requires commitment and discipline in order to master it. The weapon needs to strengthen the student in such a way that it is an advantage against the demons of ignorance, greed, hate & delusion. The weapon does not need to be deadly in a worldly sense; it does need to be able to destroy the sloth & torpor of disinterest which means it must be challenging to the sloth & torpor of ignorance. AND…it must be able to slay the resistance to giving up ignorance.

Choose your weapon wisely. The Master in The Bow & Arrow,  selected the Bow and Arrow and all that goes with it. He found a Master to hand down the ways of the bow & arrow. In order to learn, he had to commit himself first and foremast to the work. The commitment must be there.

Your weapon need not be a weapon such as a bow and arrow, but it must be challenging and greater than ignorance. It might be gardening, the tea ceremony, sewing, writing, spiritual study or one of any number of actions. Being father, a mother, training a dog, a marathon athlete and such. What is important is that the chosen weapon is able to call you to devotion – again and again and again. An action that requires discipline and training. In other words, it requires a willingness to become a disciple – a follower of the discipline.

In Zen Buddhism someone does not receive a diploma stating he or she is a master; it is much more difficult because one is a master through the difficult-to-understand process of working with a master.  One does not go to a seminary for four or six years and graduate receiving a diploma; no. In Zen, one lives the teachings and realizes THAT Truth spoken about above.  There are many means; nothing is left out of living the teachings.

In the The Bow & Arrow, the man placed the arrow of his life on the bow of teachings and shot at THAT truth which is not a single target downfield; but is the ever-present mysterious Truth of the Tathagatha.

The man in The Bow & Arrow trained in such a way that he is called a master – not a dilettante or a spiritual shopper but a master. It’s not a casual commitment.

With this under our belt let’s take a closer look at the The Bow & Arrow.

This man, at some point in time, chose the bow & arrow as his weapon that would teach him the Truth and from the looks of what he did on the field, it did indeed teach him in a way expressed in action. The spontaneity of his action is the hallmark, the gold standard of a master. The reason is simple – we all know how to deceive ourselves and others with robes, pretty words and high-fallutin’ teachings and all sorts of spiritual paraphernalia. Our intellect, after all, can be the ally of phony baloney spiritual rhetoric.

But what action exactly shows this gold standard? Very hard to understand and pinpoint. Not looking for a reward is one. Not giving a rat’s ass about opinions of others is another. Devotion to the weapon. Offering free all the teachings to those that are sincere.

Zen is full of stories of slaps, fly swatting, sudden claps, blowing out candles given in a sudden burst to awaken you. Zen Buddhism is not trying to be nice – which is a word that comes from the French, meaning stupid – Zen Buddhism is punchy, provocative, evocative, potent, powerful, forceful, fierce training because the foes of ignorance, greed, hate and delusion are mighty. We all need a weapon in which to cut away, strip, flay, slay ignorance.

Ignorance is quite powerful. Its power has kept us cycling through lifetimes of karma. We need a thing greater than it to slay it.  Loss, some great, terrible loss is at times needed for some to awaken.

The Archer who showed up on that field was a master who did not care whether the crowd liked what he did or not – he shot the arrow in such a way it pierced the desires of wanting a performance. He sent the arrow flying into the heavens of Truth.

A true Master is not someone who is nice, but is able to strip away the ignorance of how you or I want or wish things to go. A true Master exhibits a wholeness (holiness) that no longer cares about the opinions of others but is concentrated on the Eternal Mark, the impenetrable Mark of existence. THAT. True. Self.

I ask once more, what weapon have you chosen or will you choose to master in order to pierce ignorance; to tear off the veil and see who you really are?

I know I have said this many times, but I must say it again – a teacher is essential – a holy teacher who is willing to not give a rat’s ass about your self-centered feelings and thoughts and who has the skill to pierce the veil of ignorance again and again until you are able to do it for yourself.

What weapon are you willing to devote your concentration, your mind, your heart to?