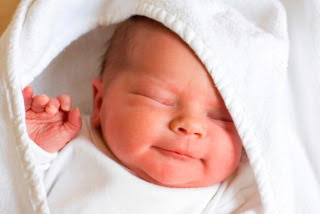 As we got close to the baby’s delivery date, we became seriously stressed.  Our situation was complicated by the simple fact that my wife is a doctor and during her medical school days she had seen so many women go into labor for agonizing hours; and not until someone said that the cervix had become dilated a specific number of centimeters would the doctor be called.  And then an additional anxiety would be added to the wait.  Sometimes the doctors took their time.  Yes, they knew what they were doing, but to an onlooker or to the woman who is experiencing the wait, it seemed as though the doctor must have gotten lost in traffic and was now on his way to Patagonia.

Another problem we faced was that we had just moved to a new town and we didn’t know the reputations of obstetricians or hospitals.  Like every couple in our situation, we had to make a choice and we had no basis on which to choose.  We decided to ask any young parents who seemed inclined to talk what their respective experiences had been with the local hospitals and doctors.  When we got this not-so-brilliant idea, we were in the baby clothes section of a big department store.  There was a sale going on and the place was filled with new parents.  Some women started the dialogue by asking my wife when she was ‘due’ – and then in the conversation that followed we’d ask them to tell us their experiences and opinions about doctors, hospitals, and giving birth.  What a mistake!  Everybody had a different story to tell and the only thing the stories had in common was the agony of labor. Nobody agreed on which hospitals and doctors were best.  Instead we heard many personal stories: some “nearly died” and had to have caesarian sections; most had episiotomies (where the obstetrician cuts the woman from vagina to rectum to make it easier for the baby to exit the birth canal.  (Then the doctor stitches the cut and the woman apparently can’t sit down properly for weeks.) Some delivered pre-maturely and spent a fortune keeping the baby in an incubator; and still others had a breech birth – in which the feet decided to come out first.

I was nervous before we got all this information; afterwards I was nearly catatonic. I began to  have nightmares about that guy in Alien who is sitting at a table when this monster baby bursts out of his chest. In desperation I asked a neighbor lady who had four children, “What’s it like to have a baby?”

She answered, “What is the strongest muscle in the human body?”

“Wrong,” she said.  “That may be true for men, but for humanity as a whole, it is the uterus. Now,” she continued, “have you ever had a cramp in your toe or calf muscle?”

She said, “What do you think about when you have such a cramp?”

I laughed.  “You can’t think about anything but the cramp.”

“That’s right,” she said. “And if you just wait a minute or so, the muscle relaxes and you can think again.  Imagine the strongest muscle in the body going into a cramp and holding it for a few minutes and then relaxing for a few minutes and then going into a cramp again. Over and over, sometimes for hours.  If you can remember that calf or toe cramp, magnify the pain of it ten thousand times.  That’s what labor feels like.”

“The Birth House,” she said definitively. “It’s only two blocks from here. The nurses are fully qualified, and if there is some kind of emergency, they can call in an obstetrician. But usually there is no trouble especially if you and your wife practice certain techniques that people call Zen techniques. Learn how to breathe and how to relax your body and mind.  You should try these Zen exercises.”

I felt like laughing or hitting myself on the head a few times.  But I thanked her and said that I did happen to have a book or two that taught these Zen techniques and I would surely study the pages.

We checked in at the Birth House and I proceeded to teach my wife a controlled breathing exercise.  I also quoted the great Dao and Zen masters on how to condition the mind into “going with the flow” and accepting pain as a natural occurrence and not letting the ego dwell on the sensation of pain.  Instead of focusing on discomfort, she should relax every muscle that she could control and concentrate her thoughts on the beauty of birth.  Life, in all things, consists of pleasure at one end and pain at the other; and the goal is simply to achieve a balancing harmony between these two poles – to bring them closer together. This is “equanimity.”

We had another problem: naming the baby.  Especially after my wife had a sonogram and knew that she was carrying a boy, everyone asked, “What are you going to call him?”  After our Cretan experience we were sure that the “little light” in my wife’s belly was an Eliott.  But we knew what would happen if we answered, “We’re going to call him Eliott.”  Everyone would have an opinion. Why don’t we name him after one of our fathers or grandfathers?   Don’t we know that we should name him after the saint whose day he was born on?  Is this Eliott a living relative and if so, don’t we know it’s bad luck to name him after a living relative? And finally, What in the world would his nickname be?  Ellie?  Ott?  We would be advised to think over our decision.  I wanted to avoid all this petty conflict and began to search for good ways to defend our choice. All I can say is, “Thank God for Mongolia!”  The Mongols, I learned, give the unborn baby a silly name that can be happily shared with everyone.  So we called our baby “the shrimp.”  And our friends and families got used to calling him “the shrimp” and kept calling him “the shrimp” to the very day he was born.

As to the birth process itself, I did not want to study a few articles about childbirth and then ask the nurse if this or that stage had been reached – as if I knew what I was talking about.

In Zen we often find that a newcomer will read a few books about Zen and its exalted states of transcendental experience.  They may learn of the great mystic tradition in Zen, the Realm of the Buddhas and Bodhisattvas.  And then, armed with this information, they relate every dream they had as if it confirms their advancement.  Some think that if they take the Bodhisattva Vow to save all sentient beings…  well, then… they must be Bodhisattvas.  It’s difficult to explain to them that this isn’t how it works. Steps exist on every path, but they are tools for the experienced teacher to use as he or she leads the inexperienced student on the path. And there is always the danger of regarding the steps as the aim and not focusing on the  primal goal of the path: finding light and love. This is what the baby is trying to achieve and this is what the Zen practitioner should strive to achieve.

And one day, working at my desk, I received a call from my step father.  “It’s time! I’ll pick you up in five minutes and take you to the Birth House.”  It took nearly five minutes for me to get it through my head that this was the moment, the end of doubts and questions and possibilities.  I ran out to meet my step-father.  I was now awake to reality.