Surgery or No Surgery 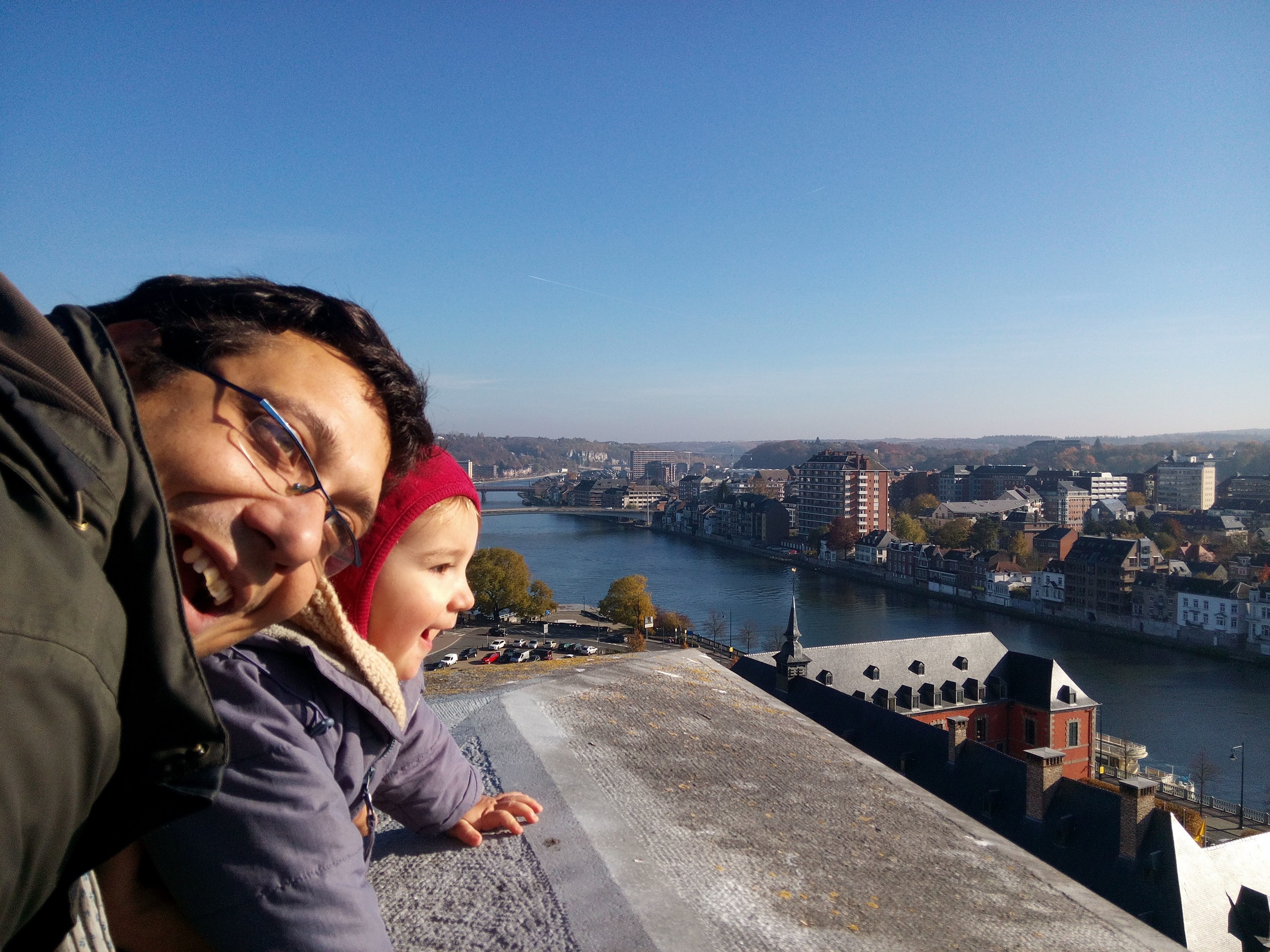 Surgery or No Surgery

Sometimes we assign too many miraculous qualities to remedial devices or else we take them for granted and gloss over the good they do. Either way, we don’t really consider to what extent they have come to permeate our personalities. Sometimes we expect too much from them.   There’s an old Spanish folk tale called Las Gafas, which means “the eyeglasses.”  A peasant farmer was standing outside an eye glass shop and overheard the owner say to a happy customer, “With those glasses you will now be able to read everything!” The old farmer saved his money and returned to the shop and asked for reading glasses.  The owner put a pair on the farmer and presented him with a newspaper.  “Can you read this?” he asked.  The farmer said that he couldn’t.  The owner tried another stronger pair; but the farmer couldn’t read the paper with those, either.  The owner tried every possible pair on.  Finally. he closed the last box and said that he could not help the man.  “But I heard you say that your glasses would enable a man to read!” the farmer protested.  Suddenly the owner understood.  Angrily he said, “Do you know how to read?” And the farmer replied, “No, that’s why I’m here.”

Sometimes we grow so accustomed to our eyeglasses that they become as much a part of us as a nose or foot.

When I was a child I had an eye problem that required correction with eye glasses.  Maybe it was because other kids at school needed glasses but for one reason or another didn’t get them, or maybe it was the notion that kids who wore glasses were nerds, but whatever it was, I was a “four-eyed” misfit and had to be reminded of the fact regularly.  Yes, When Clark Kent was the helpless reporter, he wore glasses.  As Superman, his eyes were perfect.  Woody Allen played a series of odd-ball characters who were essentially losers who always wore glasses.  Same thing with Spiderman.  And Robert Carradine in Revenge of the Nerds sealed the fate of any kid who wore glasses.  We were nerds, not good for sports, and if we wanted any friends, they had to be with other “four-eyed” kids and our meetings – because we were excluded from athletic pep talks and practice sessions – were always in libraries. The feeling was that we just wanted to prove ourselves superior in some way and therefore tried to pass ourselves off as intellectuals.  You could make a donkey look like a genius if you put a pair of glasses on him.   It was the kind of cock-eyed thinking that the old peasant had.  Just wearing glasses could make an enormous difference.

Years of this resistance to the Four-Eyed troop, helped to congeal a sense of indomitable unity in that troop that the other 20-20 visionaries didn’t possess.  Our glasses were more than steel, glass, and plastic.  They were a kind of epoxy that held us together.

Defectors from the group went ahead and got the surgery and threw away their “badges” – their “membership cards in our club.  It was as though since children we had drawn our wagons into a defensive circle, and suddenly links in that protective chain vanished.  We were vulnerable.  We discussed the surgery.  I was completely resistant to the idea! Why should I change myself trough surgery to fit others?  Why spend that money for something so unnecessary? People kept asking me why I didn’t have it done, and sometimes I’d say that there were risks of infection, of “Flap” problems, of troublesome ‘dry-eye,’ or of procedural errors that resulted in worse vision problems, such as an intolerable blurriness.  But the percentage of these problems was miniscule compared to the advantages; so, ultimately my reasons was simply that I didn’t want to have it done.  My glasses were part of my identity. When I looked into a mirror, I saw me… a man with glasses.

Naturally, my relatives were less tolerant of my obstinacy. They didn’t understand and began to berate me for refusing to see an eye specialist.  Their anger made my anger rise and soon we were having heated discussions.

One day, after a nasty argument with a new “ex-four-eye” relative, I finally got around to asking myself, “Why the hell are you so touched about this thing? Why does it push your buttons so hard?” Being a Zen Buddhist priest it isn’t my habit to hide myself when I see anger taking root deeply in me. As we all know, anger is a natural tendency and is only rarely benign. The Buddha teaches tells us that anger is born from ignorance, and that ignorance is deeply rooted in our habits and views.So came the questions: What was I ignoring? What was I hiding that resulted in such anger?At first I tried to look into the subject intellectually… and it was a mess. I first thought, “Well, it must be a kind of deep reaction against the crazy consumerism I see in this manner of doing surgery as easily as buying croissant for breakfast.” Then it went to, “It’s is a reaction against what I saw as a kind of silly conformism to new norms dictated by fashion”.  These comfortable excuses suited me for some time.  And then my thoughts hardened into a more durable aggression.  “The people who submit to this are stupid consumerists.  They want to show-off and join the ranks of people who insulted them all their lives.  No, the problem is not in me, it is in them.”

Time passed.  I realized that none of these explanations was satisfactory.  I began to dig deeper. The real work was only beginning. Being a Four-eye wasn’t just a need or even a habit, it really became one of the grids of my identity, my sense of myself, and my sense of security in having a group of friends, like me, who stood bravely against the critical world. By leaving their ranks, I was betraying them just as much as I was betraying myself… capitulating to the world that had shunned me for being different.

I began to understand that I was attached to this worldly device… this pair of eye-glasses… just as I was attached to the people who shared my isolation for all those years.  It was an ego response… not necessarily a bad ego response… but something I created to meet real or imagined challenges.  Glasses were a device, a thing… and while it may have helped me, I had no right to extend my “attachment” to the thing to other people.

Once seen and realized, attachments simply loose their power on us. We still may feel fear or anger but the hidden, somewhat unconscious, play that our ego tries to do looses his impact. We suddenly see through the net the ego weaves to protect itself, and it just doesn’t work anymore. This is why the old masters and patriarchs always asked their students to “keep aware of phenomenon without getting attached to them” or “to not let thought mount to the 6th consciousness where is becomes at home in our minds.”

And now you might ask, did he get that surgery? Well… No. But I can appreciate the reasons that other Four-eyes chose to have the surgery and I’m happy they all had a good result.  Maybe it scares me to have someone operate on my eyes.  Maybe I’m a husband and father now and have other things to spend money on.  I still don’t know why I resist.  I did change the style of glasses I wear.  For decades I wore the same old style and now people stop me to comment about my glasses just as if I had changed my hair color or clothing style. I wonder what they thought all those years before.

But wearing this new pair of glasses, I realized that I saw things better, not just visually, but with deeper insight. Yes I’m wearing my new glasses and when I look at the world around me, as we all do, I do not forget that in our daily lives we need to respect other people’s views, and not always try to tell them what we think is best for them. They can figure it out for themselves – which is the only way to create a common-ground, a commonweal.

Yes, the world would be a happier place if some of us didn’t feel it incumbent upon themselves to tell others how to live and how to think and how, by obeying them, they would be so much happier.  That is a misunderstanding of our individual roles in life, and it makes the farmer who expected reading glasses to enable him to read, seem like a true genius.