A guided meditation on death 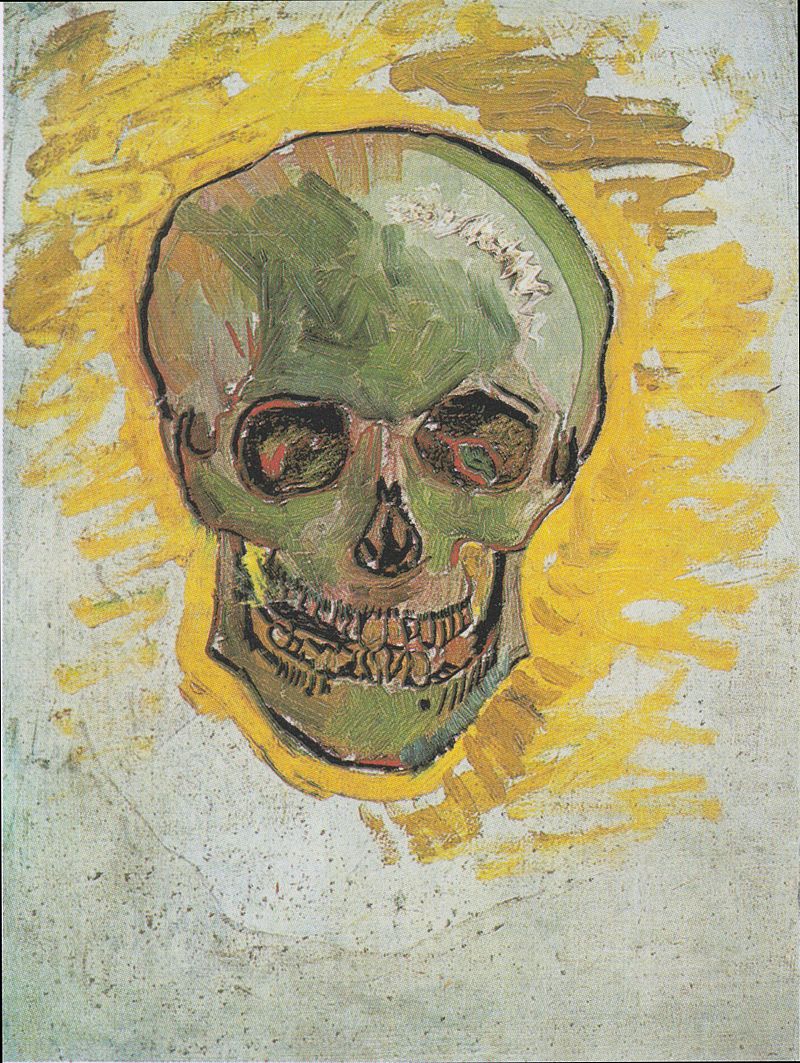 Heidegger once described apprehension of death as the realization of the possibility of impossibility—since we no longer obtain as subjects, we can’t predicate states: can’t feel, see, think, become angry, eat cake, get bored, or mow the lawn. (See Being and Time; page: too lazy to look up; not that you were going to, anyway.) The mind recoils at the idea, we become anxious and fearful; we grasp about trying to distract ourselves with something frivolous. It soon works. We’d rather think about anything—anything—than death: abstractly thinking “about” death (as a phenomenon occurring in nature) has little to do with dwelling on the certainty of our own; it’s the latter that causes convulsions of the soul; the former is just another disinterested fact among disinterested facts: like a pound of fat’s being 3,500 calories, or the boiling point of water’s being 212 degrees Fahrenheit. Not so with the apprehension of our own death.

Another wise Westerner, Epicurus, felt confident in our having nothing to fear of death. For as long as we are, death is not; and when death is, we are no more. I agree with Epicurus, in principle, and abstractly; but when I have a close call on the interstate, there fear is again, like an old and malicious friend, waiting in the bushes (and helpfully keeping me alive); he means well, he just spooks you (in this case, out of concern); but there are times when the fear of death comes unannounced and is persistent, at times when we’re in no real present danger, and it shakes us to our bones. In times like these, meditation can be helpful. In fact, it’s my pretension that I’ve invented one of my own (a meditative technique, that is), though it may be the case that others have had the idea in the past; but if this is so, I’m not aware of it.

Meditation consists of keeping to a theme—unbroken attention; or, if it breaks, bringing it back again—and again, and again, and again—like a child that has a tendency to go astray. There’s no mandate from heaven stating that meditation must be done seated. It can be done anywhere; and the number of objects that can be concentrated upon too might be limitless. But in this case, we’re thinking of death. But from a different angle than you’ve likely ever done before. The effect isn’t fearful: it’s just the opposite, and if anything, it’s quizzical, and tends to evoke a feeling of, “Why did I never think of that before?”

To effect it, it’s necessary to engage in a train of thinking, which begins with a simple thought; two, in fact: bring to bear in mind the sensations of having a limb asleep, and also the sensation of fainting. Consider your experiences over the years of these events: maybe you crossed your legs too long sitting at work the other day, and when you went to stand, your leg was completely numb underneath you. You might also remember your last dental appointment and the numbing shot you received. Or a surgery you had where the anesthesiologist put you to sleep before the procedure. Or a time when you just stood too quickly from a seated position, felt light-headed, as though you were suddenly falling asleep, and had to brace yourself against a wall. You might think of the sensation of falling asleep, generally: especially those times when you catch yourself falling asleep and suddenly awaken and enliven yourself. Keep these thoughts and similar thoughts in mind. Refresh your memories of them.

After a suitable period, then, sit down in a quiet place. Before you begin the meditation on death, meditate on your breath for a bit—five or ten minutes will do: just enough to calm the mind and temporarily shelve the day’s concerns. A simple method is to pick a spot of the body—e.g., the tip of the nose, the palate, or the abdomen—where you feel the body’s machinations of breathing palpably. Focus your attention on this spot. If your thoughts are distracting, you can use a two-syllable meditation word to block out the distracting thoughts. A traditional one in Theravada Buddhism is “Bud-dho”: “Bud-” on the in-breath, “-dho” on the out, kept to the length of the breath, so that the ending of the one syllable directly feeds into the beginning of the next, just as the ending of our out-breaths feed into the beginnings of our in-breaths.

When the mind feels calm and the body comfortable, change the theme of your meditation to the sensation of no-sensation in one of your limbs: pick your left leg, for instance (because, if you’re in a half-lotus, and not used to the position, it may be going numb anyway); and, recollecting your previous experiences of senselessness in a limb, it being asleep, numb, picture it this way: and after settling into the experience, ask yourself if it’s bad, if it’s painful, if it’s something to feel resentful over; ask if it’s something to charge Nature or God against (i.e., it isn’t an instance of the “problem of evil” that sometimes we have a numb limb; we aren’t resentful of it; it just is as it is; and we’re largely indifferent to it; sometimes, even, amused). Are we suffering terribly just because we can’t feel our leg? No. In fact we aren’t even really concerned.

There is nothing horrifying or fearful to any of this.

Now extend your imaginings to include remembrances of fainting, of feeling light-headed, of falling asleep. Were any of these involved with any fear? Probably not in the preponderance of cases: especially those involving cessation of consciousness; but, when having the sensation of fainting, sometimes it’s accompanied by a certain feeling of being perturbed, but even this is extinguished, because the capacity of feeling anything at all, too, is suddenly diminishing. What’s left is mere absence of anything—which, strictly speaking, can’t be accompanied by any feeling at all; but, when there’s still a modicum of sensation left in the body and consciousness left in the mind, the phenomenological experience of it is so diminished that fear, anguish, and terror, are beyond its capacity. It hasn’t the “energy” for it; it’s too great a load for its atrophied muscles.

The train of thinking when developed—the meditative theme—culminates in the awareness of our having nothing we can pinpoint, specifically, to fear in losing ourselves: our phenomenological experience of body and mind.

I think this is what Epicurus had in mind with his statement that we have nothing to fear with death. While we are, it isn’t; when it is, we aren’t. The two can’t occupy the same seat. It’s a bit like the threat of being hanged when you’re already dead: there’s nothing to fear; you’re dead. But you’ll also be dead when death arrives, too, in the first instance; so no matter how ugly his face, you’ll never see it; for your eyes have already been extinguished.

This may be a good time, too, to consider the etymology of Nirvana: a burning out, an extinguishing.—Of what?—Our meditative theme has given us the answer: We’ve practiced at dying, so when the time comes, we’ll be more “skillful” at it;—at least it’s possible we’ll have fewer pre-game jitters, to use a sports analogy.  Practice makes perfect.