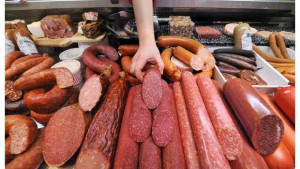 One of the first programs NOVA ever aired  (10-7-1980)  was a fascinating account of a group of physicians who had been forced to do hard labor as part of China’s Red Guard 1960s Cultural Revolution madness. The program was called,  The Cancer Detectives of Xian.  Copies of this broadcast are evidently rarer than Mayan Codices, so I can tell you only what I remember about the program that I saw thirty-five years ago.

To the fanatical kids of the Red Guards, intellectuals were enemies of the people and, as such, belonged in prison or in labor camps. And so teachers, scientists, physicians and anybody else “who wore glasses” were rounded up and incarcerated.   When cooler heads finally prevailed, the punishment for being educated was lifted and many of these intellectuals were allowed to dig through what was left of their former places of research and resume their careers.  A small group of medical scientists were sent to Xian, a village in China that was having an unusual problem: 25% of the population was dying from esophageal cancer.  (This is a particularly wicked kind of cancer.)  They were ordered to discover the cause of the disease and, naturally, to find its cure.

The group, virtual strangers, gathered at the stricken village and without books or equipment wondered how they should proceed.

As in any forensics problem, they first did some victimology.   They learned that the villagers shared a similar cultural background, that they grew and ate cabbage, and had a special dish that sounds terrible but must have pleased their palates enormously: they made a kind of bread which they steamed and then let get moldy and they ate this with pickled cabbage – a kind of kim chi or sour kraut.  The dish was consumed in many parts of China so there did not seem to be anything about it that could be blamed. They tested the air and water and found nothing that could be responsible, therefore the problem had to occur in the diet. But what was so dangerous about the food?  They were stymied.

Then, one day, one of the scientists went to the toilet in a more cosmopolitan bathroom and found a French medical journal waiting to be read.  The scientist happened to speak French, and so he looked through the journal and his eye fell upon an article that associated nitrates (or nitrites)  – such as are used in the curing of bacon – as a carcinogenic substance.  Could, he wondered, their diet be harboring such deleterious chemicals?  A discussion with other members of the little group let them guess that when this particular dish of moldy bread and pickled cabbage was eaten and mixed itself with the hydrochloric acid in the stomach, the nitrogen that was in the food became the guilty nitrogen compound that caused cancer.  They had no money, but they were able to persuade a pig butcher to allow them to use a live pig for their experiment.  All they wanted from the pig was its stomach and they would give the rest back to the butcher.  Since he did not particularly want the stomach, he agreed to let them borrow a pig.  They fed the animal this strange diet and then, when the pig digested it, they removed his stomach and examined its contents for the presence of harmful chemicals.  And there they were.  Nitrates or Nitrites.  (Sodium Nitrite?)  The cause of the esophageal cancer.  But this was only part of the problem.  Other communities ate the same food and did not get cancer.

They turned their attention to the cabbage.  Cabbage is usually an excellent source of Vitamin C, but the cabbage of Xian contained little or no Vitamin C.  That was the answer.  Immediately the Government gave Vitamin C tablets to the villagers to take every day and the incidence of esophageal cancer plummeted.   With no money or high-tech equipment and only their intelligence, curiosity, determination, and imagination at their disposal, they found the cause and cure for a disease that killed a quarter of the population in a town. It was an astonishing achievement.

Naturally, the FDA had read the French medical journal too and perhaps did confirmatory testing and the next thing we knew it was against the law to use nitrites to cure bacon.  But something funny is happening on the way to the forum. Certain “processed” meat such as sausage, salami, and  bacon, are now cited as being carcinogenic.  Have the food processors reverted to the old nitrite formulas?  We don’t know and as anyone who has watched “Cowspiracy” (on Netflix) can tell us, we’re not likely to be told.  We cannot be told how great the contribution to CO2 production is made by agribusiness.  (Climate problems have less to do with cars than they have to do with the care and feeding of cows.) Just so, we cannot be told about the artificial estrogen compounds that are pumped into steers to make the animals as fat as possible.  Do these “stilbestrol”  female hormones consumed in beef affect the incidence of breast or ovarian cancer?  We don’t know.  They don’t tell us.  We must rely on the courage of scientists and such advocates as Leonardo di Caprio who produced Cowspiracy, and the unsung heroes of China who brought so many things to light when they decided to release the results of the work of The Cancer Detectives of Xian.

Here, from Tech Times, is a revealing account of the World Health Organization’s news release regarding cancer and processed meat. (for the record, certain red meats are also included in this caveat.)

Bacon, Sausage Pose The Same Cancer Risk As Smoking: WHO To Give Warning On Carcinogenic Effects Of Processed Meat

Lovers of bacon, sausages and burgers may soon need to think twice about their favorite food. The World Health Organization (WHO) is set to issue a warning about the cancer risks posed by processed meats, which were found to be as harmful as cigarettes.

The World Health Organization’s International Agency for Research on Cancer (IARC) initiated a gathering of health officials in France to talk about existing studies that delved into processed meats, particularly looking at their risk for containing cancer-causing substances.

The results of the meeting may soon place processed meat alongside asbestos and arsenic in the list of the most cancer-causing agents. Such move may rattle fast food industries, farming sectors and meat manufacturers as new dietary standards and warning labels on processed food products may be enforced.

IARC is said to particularly put processed meat at the top of the carcinogenic risk list, with red meat following in second place. The expected announcement has caused criticisms from various concerned groups, including the U.S. livestock sector.

“If this is actually IARC’s decision it simply cannot be applied to people’s health because it considers just one piece of the health puzzle: theoretical hazards,” said Barry Carpenter, the president of the North American Meat Institute.

Examples of processed meat that are about to receive a thumbs-down verdict include bacon, ham, hot dogs, salami, pastrami, and some types of sausages. Burgers are also anticipated to make it to the list.

Generally, meat has high concentrations of fat. Aside from that, its red color is said to affect the lining of the intestines. Bacon lovers may be dismayed: processed meats are now deemed just as cancerous as cigarettes. The warning from WHO may affect the fast food sector and the entire meat industry.
(Photo : Kim Ahlström | Flickr)